As Council cracks down on illegal use of disabled parking permits 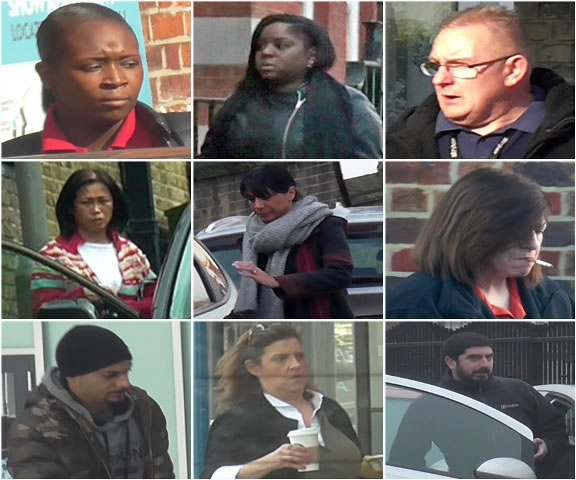 Hospital staff working at St George’s, a gym instructor and a teacher were among nine people taken to court and fined after being caught fraudulently using other people’s disabled parking badges.

Nine defendants were caught misusing “Blue Badge” permits to park their vehicles in streets across Wandsworth. All were using badges that had been “borrowed” from disabled relatives or friends.

Abuse of the system is widespread in London and in other big cities because the permits allow holders to park virtually anywhere they like free of charge.

However the badges can only be used lawfully if the disabled person is either driving the vehicle or being carried as a passenger and being dropped-off or picked-up at that location.

Among the cases brought to court by Wandsworth Council were Anthony Borg, age 40, from Carysfort Road in Crouch End, who was misusing a badge issued by a Hackney Council to the disabled child of one of his friends. He was using this badge to park in Effort Street in Tooting whilst working at St George’s. He pleaded guilty to four offences and was fined £830 and ordered to pay a total of £970 towards the council’s prosecution costs.

Attila Selen, 33, of Southland Terrace in Purfleet, was caught misusing his disabled brother’s badge to park near a kick-boxing gym on Buckhold Road where he worked as an instructor. He had parked his car in a nearby car park in King George’s Park and also in designated disabled parking bays in nearby Neville Gill Close. He admitted four offences and was ordered to pay £1,458 in fines and costs.

25-year-old Tianna Daley-Smith of Wayfield Road, Chatham, Kent was using her grandmother’s badge to park illegally in Chatham Road, Battersea outside the nursery where she works as a supervisor and also in Comyn Road, Battersea whilst shopping. She pleaded guilty to five charges and was made to pay £2,402 in fines and court costs.

Teacher Marie Latour, 49, of Edna Road, Raynes Park, was caught on five occasions illegally parking her car in Wakehurst Road, Battersea, near the school where she works, using her father-in-law’s Merton Council-issued badge. Magistrates ordered her to pay £3,478 in fines and costs.

Patricia Wong-Sharp of Winsham Grove in Battersea was using her husband’s disabled badge to park in Denton Street, Wandsworth whilst attending a course at South Thames College. The 62-year-old was given a 12-month conditional discharge and ordered to pay £892 in costs.

Sixty one-year-old Robert Cooke misused a badge belonging to his partner’s disabled daughter to drive the mile and a half from his home in Brook Close, Tooting so he could park close to where he works at St George’s Hospital. He admitted two offences and was fined £1,260 including costs.

Ingrid Martins, a 50-year-old employee at St George’s and also of Brook Close in Tooting, was caught on four occasions using her daughter’s badge to park near the hospital in Alston Road. She was ordered to pay £2,144 in fines and court costs.

Arabella Uranga of Brookville Road, Fulham was caught using her daughter’s badge to drive to work at a publishing agency in St John’s Hill in Battersea, and also in Severus Road whilst visiting a coffee shop. The 45-year-old admitted six charges and was ordered to pay £2,730 in fines and prosecution costs.

In each case the cars being used by these nine defendants were towed away by the council for being illegally parked, meaning an additional £165 penalty for each of them.

Wandsworth’s transport spokesman Cllr Jonathan Cook says, “Sadly there are many people who try to fiddle the system in this way. The blue badge scheme exists to help disabled people get out and about, drive to work, visit friends or go shopping.

“It was not invented to give their relatives a passport to free parking nor allow selfish able-bodied people to use designated spaces genuinely needed by drivers who have a disability.”

Investigators from the boroughs of Wandsworth, Richmond, Merton, Kingston and Sutton all work together in a partnership set up to combat fraud committed against the public purse across south west London. Anyone who has information about drivers misusing a blue badge in any of the five boroughs can email swlfp@wandsworth.gov.uk or call (020) 8871 8383.