On Your Marks, Get Set, Get Creative!

In the run up to the Olympics, leading London estate agent Kinleigh Folkard & Hayward has launched its first Primary Schools’ Art Competition giving a London school the chance of winning £10,000 to spend on sports/playground equipment.

St Mary’s Church of England Primary School and St Joseph’s RC Primary School & West Hill Primary School have already signed up.  150 primary schools in London have been invited to enter the 2012 competition and pupils from Y4&5 are getting ready to think creatively about sport and draw a sporting activity. As well as a fantastic first prize of £7,500, there are three £2,500 regional prizes and the company will be awarding a £20 book voucher for the winning pupil from each school.

The closing date for contestant entries is 29th March 2012. Judging will take place in April with the winning artist and artwork announced in May. 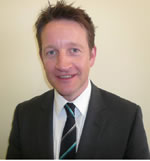 “With such an enormous global sporting focus on the Capital this summer, now is the time to turn the attention to facilities in our own communities in London“, comments Robert McLaughlin, Regional Director of Kinleigh Folkard & Hayward (pictured left).

He continued:
“Getting children playing and involved in sport from a young age is crucial, however with education budget cuts, sporting equipment is often put to the bottom of the list.  Our aim through this art competition is to capture the imagination of children in London and to get them more involved with sport this year. The winning prize will certainly have a tremendously positive effect for any primary school.  Within just a couple of weeks, we have already teamed up with over 60 schools in London and we are looking forward to seeing their artwork.”