Swimmer Jessica Harper – hoping to represent Great Britain at the Paralympics – is celebrating after achieving all A*s and As in her GCSEs. The 16-year-old Putney High School pupil scooped eight A* grades and two As, despite combining her studies with demanding training sessions.

Selected for the British Swimming World Class Talent Programme, Jessica travels across London to train for up to 14 hours a week. Her travel time alone is around nine hours.  She has already achieved success at the National and International British Swimming Championships and is now part of a scheme designed to nurture talent for the 2012 Paralympics.

Jessica said, “This year was extremely busy as I tried to balance my swimming training with my studies while still trying to have some sort of social life!  I am very fortunate to have great support from my school, family and friends.”

Her success comes as Putney High School celebrates its GCSE results, with 91 per cent of entries achieving A* or A grades. Two thirds of girls secured at least 10 A* or A grades, and almost one in four earned 11 A* or As.

Eleven girls are celebrating after scooping all straight A* grade passes, ten of whom achieved 11 A*s each. One in five pupils achieved 10 A*s or better. 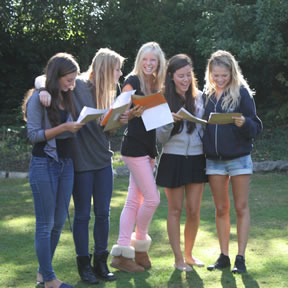 Putney reported 95 per cent A* and A grade passes in the three sciences, with 70 per cent of science entries achieving A*. More than half of girls achieved A* grades in all three sciences. All Putney girls study English, Maths and at least one modern foreign language as well as all three separate sciences.

Dr Denise Lodge, Headmistress, said:
“We are keen to nurture the next generation of scientists and our science GCSE courses concentrate on the joy of discovery, forging good questioning study habits and developing the independent thinking skills which are so critical. Testament to their success is the fact that medicine and science courses are amongst the most popular choices for our students at university.”

Other subjects achieving outstanding success included Art, Classics, Drama, German, Music, PE and Statistics – with all entries achieving A* or A grades.