From music halls and cinemas to bowling alleys and velodromes 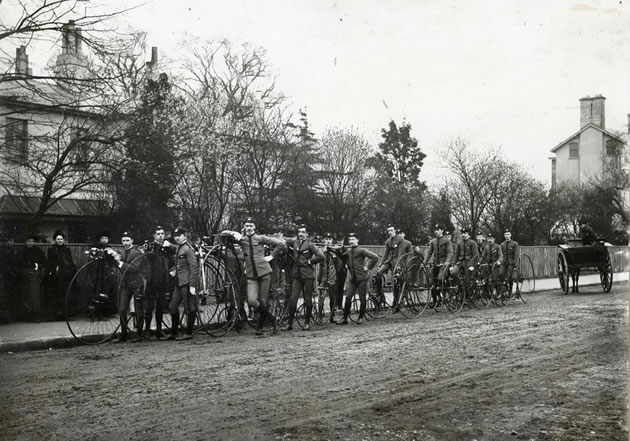 Above: the Wandsworth Cycling Club in around 1890

Wandsworth's annual Heritage Festival runs from May 25 to June 9 and this year explores the theme 'Entertaining Wandsworth'.

From music halls and cinemas to bowling and velodromes, events throughout the festival highlight the role entertainment has played in the lives of Wandsworth residents past and present.

The festival’s highlights include:

Additional highlights include a talk at Tara Arts Theatre from Dr Cathy Hunt about the Corruganza factory strike, a guided walk along the course of the Heathwall from historian and writer Jon Newman, and a magic show where children can join former Battersea magician and watchmaker John Neville Maskelyne in 19th century Wandsworth for some magic tricks interspersed with weird and wonderful facts from the borough’s history.

Many local groups and societies help to document and protect Wandsworth’s heritage. The festival provides an opportunity for them to showcase their work and recruit new members.

The festival is organised by charitable social enterprise GLL, which runs library and heritage services on behalf of Wandsworth Council.

See full details of what's on. Copies of the Festival programme will be available from local libraries and other public buildings from the beginning of May.