As a result of a two week gun surrender 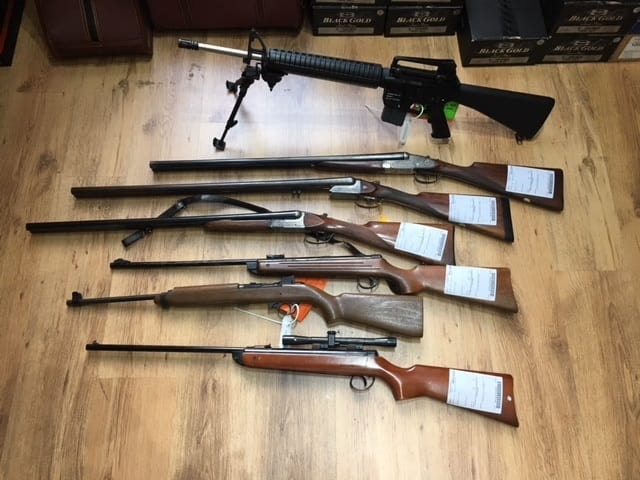 Londoners have surrendered a total of 350 firearms to police as a result of a two-week gun surrender.

The Met, in partnership with the City of London police, took part in the National Gun Surrender from 13 November to 26 November, organised by the National Ballistics Intelligence Service (NABIS).

As well as the 350 firearms, there were also 39,841 rounds of ammunition handed in to police.

Detective Superintendent Mike Balcombe, of the Met's Trident and Area Command, said: "I am delighted wth the response from the public during the two-week gun surrender.

"This has been one of the most successful gun surrenders we've ever had in London and has resulted in hundreds of firearms being taken off the streets.

"Every gun, even it has been deactivated, has the potential to become a lethal weapon if it falls into the hands of criminals. By handing in these firearms, the public have helped to reduce the threat of gun crime."

"It is encouraging so many members of the public want to work with the police to reduce gun crime in the capital and help us prevent dangerous weapons falling into the wrong hands.

"Even though the surrender has now finished, we will continue to support those who wish to give up an illegal or unwanted firearm and would urge them to contact police as soon as possible."