Dockless Bikeshare Service To Be Piloted In Wandsworth

To complement Santander Cycles which are not borough-wide 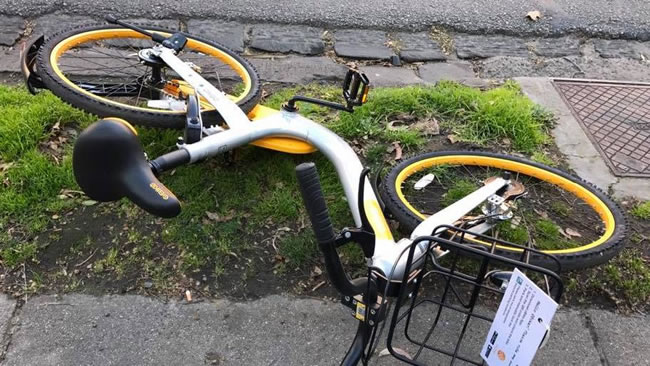 Wandsworth Council is set to choose an operator of a dockless bikeshare scheme to run a pilot project in the borough.

This will mean people can register with an app to locate and hire a bike without having to access it via a fixed docking station.

The Council’s transport spokesman Cllr Jonathan Cook says, “We feel there is a place in the borough for a dockless bike hire scheme, but it must be the right one, and it must work closely with us to ensure our residents benefit, rather than being bothered by dumped bikes."

Strict safeguards would be put in place to make sure the bikes don’t cause a nuisance on borough streets, following last year's issues with randomly dumped O-bikes. The Council stopped the dockless bike hire firm from operating in the borough following widespread complaints about bikes being left on the streets and O-bikes has now agreed to work with the Council to ensure its services runs smoothly. It will be one of the six companies that will be considered for the pilot along with Ofo, Mobike, Urbo, Nextbike and Ponybike. Read more about their proposed services.

The scheme would complement the existing Santander cycle hire scheme, which does not operate across the entire borough. It will support the objectives of the Council’s Cycling Strategy and other plans which aim for cycling to make up seven per cent of all trips by 2026.

The new pilot scheme will be designed to minimise potential problems such as bikes blocking pavements, being abandoned and not being distributed effectively. Whichever company the Council choses to run the pilot will be expected to ensure good practice is established, monitored and maintained, and follows TfL’s dockless bike share code of practice. Wandsworth will liaise with other London boroughs to ensure the scheme can operate across borders.

The operator will be given permission to trial the scheme for 12 months, but the scheme will be closely monitored and it could be terminated earlier if there are problems. Busier areas of the borough will be targeted.