Gordon Passmore MBE was recognised for services to local government 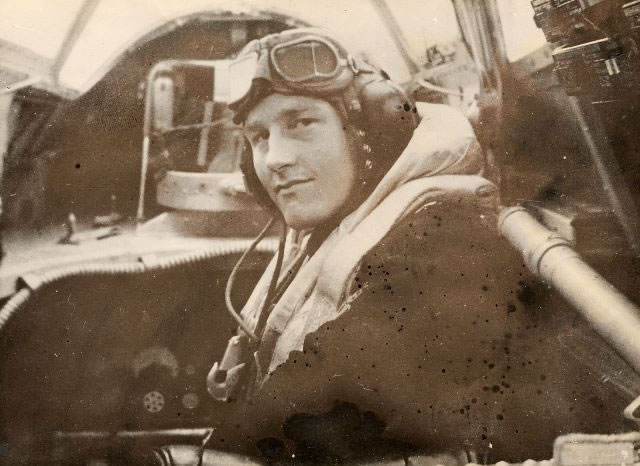 Above: Gordon Passmore as a young pilot in the Fleet Air Arm

Tributes have been paid to former Wandsworth councillor Gordon Passmore MBE who has passed away.

Mr Passmore served the people of Wandsworth as a locally elected councillor for 46 years. In 2013 he was among 40 World War Two veterans presented with an Arctic Star medal by the then Prime Minister David Cameron in recognition of his contribution to the allied victory.

His service as an elected Wandsworth councillor began in 1960 when he was voted onto the town hall in a by-election in Putney. He then remained in public office for the next 46 years before retiring as a councillor for Northcote ward in Battersea ahead of the 2006 local elections.

During his time on the Council Mr Passmore served as Mayor of Wandsworth three times – the only person to have done so. In 1997 he was awarded an MBE in recognition of his services to local government.

Council leader Ravi Govindia says, “It is with great sadness that we have learned of Gordon’s passing. He was a remarkable man who achieved so much in a long and illustrious life.

“Although today is tinged with a huge amount of sadness we are also reminded of how lucky we were to know and work alongside a man of Gordon’s great strength and character. He was a deeply principled and honourable man who never tired of fighting for what he believed in.

“Gordon’s entire life was dedicated to public service. After his extraordinary record of 46 years of service at the town hall, it is difficult to overstate his remarkable contribution to public life in our borough.”

His service to his country began at the age of 18 when he volunteered for the Fleet Air Arm on December 7 1941, the day the Japanese attacked the US Navy at Pearl Harbour.

As a pilot in the Fleet Air Arm he provided air cover to convoys and warships against the constant threat from German U-boats, aircraft and surface raiders when the Arctic convoys began shipping vitally needed war supplies to the Soviet Union between 1941 and 1945.

The convoys - branded the “worst journey in the world” by Winston Churchill – saw the deaths of more than 3,000 Royal Navy sailors and merchant seamen during the perilous voyage to the northern Russian ports of Murmansk and Archangel.

As well as the Arctic convoys, Mr Passmore also saw active service on operations in the North Atlantic, the Mediterranean, the Indian Ocean and the Pacific. Towards the end of the war he survived being shot down and ditching in the sea 1,000 miles north of New Guinea, before being rescued by a Royal Navy destroyer.

After being demobbed in 1945 he became a surveyor, moved to Wandsworth and became actively involved in local politics for the first time in 1951.

In 2007 he was made an Honorary Freeman of the Borough of Wandsworth and throughout his time as a councillor played an active role in local charities and voluntary groups, as well as serving as a school governor.

He also served for many years as chairman of the planning committee and was one of the driving forces behind the regeneration of Wandsworth’s riverside when this largely formerly industrial land became vacant.