As council strives to get greener & drive up recycling rates

Wandsworth Council is proud of " making huge strides to help protect the environment in recent months" - the town hall now sends zero waste directly to landfill and organic dustbin waste is being converted into electricity at a special facility.

The borough’s overall recycling rate – combining household recycling and the recycling of incinerator ash and metals – passed the 50 per cent mark for the first time between October and December last year.

Although no waste – be it garden waste, food or refuse – is sent straight to rubbish dumps, recycling at home remains as important as ever, and residents are being called on to recycle all they can using the Orange Sack collection service or the orange-lidded recycling banks near their homes. These services let residents recycle different types of waste including paper, card, glass, cans, food/drinks cartons and plastic pots, tubs and trays without having to keep them separate.

The town hall has launched a scheme to promote greater recycling on housing estates and in multiple occupancy homes using a grant from the London Waste and Recycling Fund.

About 3,700 signs have been installed where residents dispose of their rubbish to remind them what to recycle and how – and some refuse chutes have been converted for recycling in a bid to make it even easier.

As a result rates have already increased, with 25 per cent of the waste collected from estates now being recycled using the orange-lidded banks – up from less than 22 per cent before the signs were provided.

As well as the obvious environmental boost, this has produced a £4,000 to £5,000 saving in waste disposal costs each month.

In 2012/2013, council officers expect to collect around 26,000 tonnes of orange co-mingled recycling from homes across the borough, which will save approximately £58.50 per tonne compared to residual waste disposal costs – saving a total of £1,521,000 and helping pave the way for council tax in the borough to remain the lowest in the country.

The annual amount of municipal waste in Wandsworth has fallen by around 29,000 tonnes since 2003/04. With waste disposal costs continuing to rise, this decline is expected to save around £4m next year.

All organic materials included in residual waste now help to generate electricity for the National Grid. This waste is transported by river barge – removing thousands of lorry movements from London's roads – to the Riverside Resource Recovery Facility at Belvedere in Bexley where it is converted to electricity.

The facility, commissioned by the Western Riverside Waste Authority – which is responsible for dealing with the municipal waste collected by Wandsworth Council – manages an average of 585,000 tonnes of residual waste each year and exports 66MW of electricity to the national grid, enough to power over 100,000 homes. 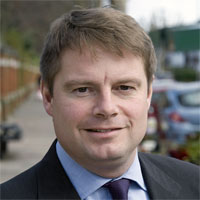 Councillor Jonathan Cook, Wandsworth’s environment spokesman, said:
“Residents are increasingly acknowledging the importance of recycling and dealing with waste and we are determined to offer a service that reflects this.

“From April 1, this year, it will cost the council £136 per tonne to send waste for incineration, but only £77.50 per tonne to deliver co-mingled recyclables to a sorting plant in Smugglers Way – so every tonne residents divert from their dustbins to the orange sacks or banks saves £58.50.”

“We target as much waste material as possible for recycling and we have just recently recorded an overall recycling rate of more than 50 per cent, which shows we are making fantastic progress in this area.   That said, we can and – with help from residents – will do better. We want to encourage even more residents to start thinking green by recycling as much waste as possible.”

Also helping increase Wandsworth’s recycling rate is a new and state of the art sorting facility at Smugglers Way, which now deals with a wider range of waste items, including plastic pots, tubs and trays as well as plastic bottles.