Man Dies After Being Attacked In Charlotte Despard Avenue 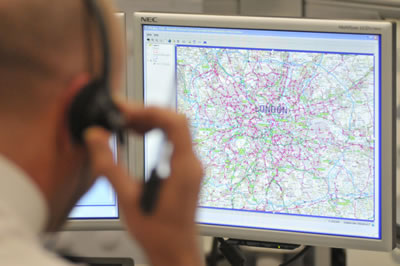 Detectives are renewing their appeal for information and witnesses after the death of a man who was seriously assaulted at the weekend in the same street where father-of-two Ian Tomlin was killed last November.

Police were called to Charlotte Despard Avenue at just after 4.30pm on Saturday, 25 May and found a 46-year-old man suffering a head injury. Sadly, he died at hospital on Tuesday, 28 May.

A post-mortem examination will be held in due course. Officers believe they know the identity of the deceased, but await formal identification and confirmation that all next of kin have been informed.

It is believed that, shortly before the victim was assaulted, he had approached a group of males who were attempting to steal his moped which was parked nearby, in a car park near to shops off Battersea Park Road.

The victim was attacked in the street by this group of males, who made off prior to the arrival of police.

The moped was not stolen and has been recovered by police who are now carrying out a forensic examination.

A 16-year-old male was arrested near to the scene a short time later on suspicion of GBH. He was taken to a west London police station and has been bailed to a date in early June pending further enquiries.

The police investigation – now a murder inquiry - is being led by detectives from the Homicide and Major Crime Command.

The senior investigating officer, Detective Chief Inspector Mark Cranwell, said: “We know there were a group of young males, some on pedal cycles, who were hanging around the area prior to the incident.

“I want to hear from anyone who saw this group or who may know their identity. There is a busy Tesco store and other shops nearby in Battersea Park Road, and people will have seen these males in the area before, during and after the attempted theft of the moped and their subsequent cowardly attack.

“I want to reassure the community that there is an urgent and extremely thorough police investigation underway, and I am determined to find those responsible. I also want to reassure them that any information provided will be treated in confidence and, even if people do not wish to contact police directly, they can provide information anonymously through the charity Crimestoppers.

“I am certain that several people – probably local to the area – will know what happened and who was responsible for this attack on the victim and on their own community. I need them to come forward and share information with me.”

Police also wish to hear from anyone who may have dash-cam footage of the incident or of the group of males, and from anyone who has CCTV in the area who has not yet been in contact with officers.

Chief Superintendent Sally Benatar, South West BCU Commander, said: "My thoughts are with the victim, and his family and friends. I am also aware of the impact this murder has had on the local community, especially given the proximity to the scene of Ian Tomlin’s tragic murder in October last year.

"We appreciate the continued support and assistance of local residents with our ongoing work to reduce crime on the Doddington and Rollo estates. If you have information that could assist us with this investigation, please make contact as soon as you can.

"Our officers will be patrolling in the area – please talk to them or contact Crimestoppers or Fearless.”

Any witnesses or anyone with information is asked to contact the incident room on 020 8721 4054.

Alternatively, please call Crimestoppers anonymously on 0800 555 111. Young people can visit fearless.org where they can pass on information anonymously. Fearless is part of the Crimestoppers charity, and is also independent of the police.