A council tenant who moved to the countryside to live in a house he secretly owned made thousands of pounds by illegally renting out the council flat he had been given in Wandsworth.

Philip Owen-White was given the one bed flat in Ashley Crescent, SW11 in November 1999 after telling housing officials he was homeless and had nowhere else to live. 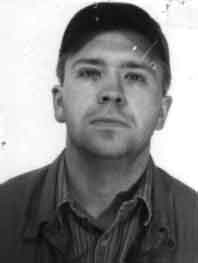 However, Owen-White subsequently moved to Oswestry in Shropshire and began living in a house he jointly owned with other members of his family. Instead of handing back the keys to the town hall he began renting it out and pocketed more than £6,000 in profit. He also carried on claiming the council tax benefit available to single people living alone.

His fraud was discovered in December 2013 when council staff called at the address to carry out a spot check on who was living there.

At Kingston Crown Court Mr Owen-White pleaded guilty to dishonestly subletting the property contrary to section 1 of the Prevention of Social Housing Fraud Act 2013. He was fined £1,500 and ordered to pay a £15 victim surcharge. He was also told to pay £2,500 towards the council’s prosecution costs.

Mr Owen-White has also been ordered by a judge to repay a further £6,500 plus interest of £1,660 as part of the civil proceedings held in 2014 when the council regained possession of the property.

Wandsworth’s director of housing and community services Brian Reilly said,“This was a blatant attempt to milk the public purse and take criminal advantage of the safety net that exists to help people when they become homeless and desperately need a roof over their heads.

“People who are tempted to try and illegally sub-let a council home should be under no illusion that we will catch up with you. When we do we will prosecute and we will claw back the illegal profits that have been made.”

The council rents out around 17,000 properties in Wandsworth. Each year thousands of spot checks are carried out to ensure that these flats are occupied by their legitimate tenants.

Over the past three years the council has recovered 175 properties that were being illegally sub-let and all have since been offered to people in genuine housing need.

Anyone with information about council homes being sub-let or misused can report this to the South West London Fraud Partnership on (020) 8871 8383 or email SWLFP@wandsworth.gov.uk