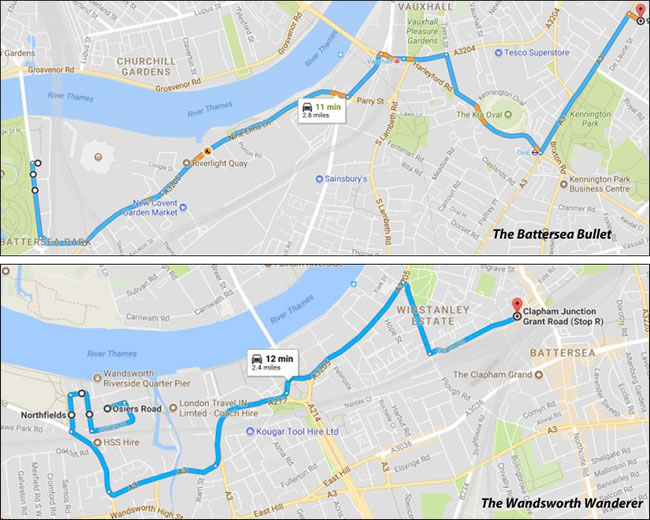 Proposed routes for the Wandsworth Wanderer and the Battersea Bullet

Car company Ford has revealed proposals to run its Chariot minibus shuttle service along two routes in the borough.

Ford has applied to TfL for a permit to run the service in six central London routes, including the ‘Wandsworth Wanderer’ from Riverside Quarter in Wandsworth to Clapham Junction, and the ‘Battersea Bullet' from Battersea Park to Kennington.

All of Ford’s proposed routes in London end at or near an Underground or mainline train station. The company claims the routes would connect areas not well served by existing bus routes.

The proposed service would run Monday to Friday except for public holidays. Customers would book and pay for a ride on a scheduled 15-seater vehicle along the route using the Chariot app.

Transport for London is holding a public consultation and the Council’s transport spokesman Cllr Jonathan Cook is encouraging residents to comment. "We are closely examining these proposals now to determine their possible impact on existing bus routes. In the meantime I would urge all our residents to take a look at the plans and take part in the online consultation.”

The deadline for comments is December 18th.