Should Formula E Be Held In Battersea Park Again?

Councillors will decide at public meeting

A decision on whether to allow the Formula E racing car championships to return to Battersea Park next summer will be made at a public meeting.

Councillors on the Community Services Overview and Scrutiny Committee will meet to discuss the issue on November 24th, and vote on whether the races should be staged in the park again.

As part of that decision making process members of the committee will be told the results of a detailed public consultation that was held over the summer that generated several thousand responses and comments. 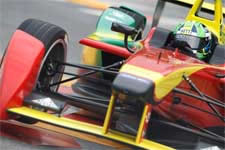 Wandsworth’s cabinet member for Community Services Cllr Jonathan Cook said, “The decision on the future of Formula E in Battersea Park will be taken at this public meeting next month.

“Before they make any decision councillors will be told the results of this summer’s extensive public consultation which generated thousands of responses, many in favour of the event and many against it.

“Members of the committee will need to carefully weigh up these conflicting arguments. I am quite sure they will give the issue the proper and meticulous consideration it warrants.”

If councillors vote in favour of Formula E returning, it would mean the park staging races in both 2016 and the summer of 2017. The decision would then be subject to a further review.

Formula E has requested that if permission is granted for next summer’s races that they be allowed to change the date of the race weekend to July 2nd/3rd. The council has said that if November’s committee does approve the application and agrees to allow the races to return then the council could accommodate that date. The time frame for the council to reach a final decision has also been extended with the agreement of Formula E.

Just under 60,000 spectators attended the two races held in the park in June, which saw the climax of this year’s Formula E World Championship.

Income from hosting the event this year will help pay for major maintenance projects within Battersea Park.