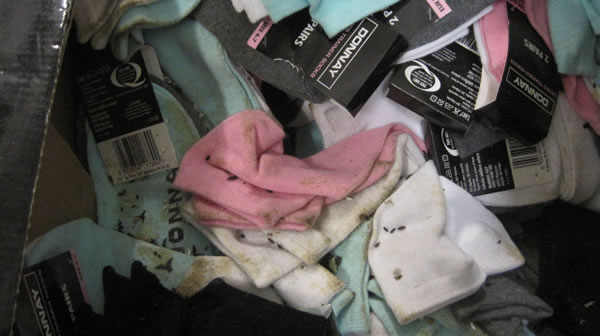 Discount retail giant Poundland is counting the cost of ignoring a major mouse infestation at its flagship Wandsworth store after being hit by magistrates with what is believed to be one of the country’s heaviest ever retail food safety fines.

The company has been fined £100,000 after a court was told its branch in the Southside shopping centre had to closed using emergency powers in January last year, after food safety inspectors uncovered evidence of a widespread and uncontrolled mouse infestation throughout the store.

Mouse droppings and evidence of mouse urine were found on food shelves alongside gnawed and soiled packets of biscuits, nuts, sweets and popcorn. Droppings were found throughout the store and its behind-the-scenes storage, areas including on baby clothes.

Community safety spokesman Cllr Jonathan cook says, “This was a very serious rodent infestation in a busy and popular retailer so there was a very real and significant risk to public health.

“When our inspectors uncovered the scale of the problem they had absolutely no option other than use their emergency powers to order the entire store’s immediate closure. It was not permitted to reopen until the company was able to prove it had dealt with the problems and taken adequate steps to prevent it happening again

“This episode showed a complete lack of regard for customer’s health and welfare and is reflected in the very substantial fine imposed on the company by the court.

“Food retail businesses must ensure that they do not jeopardise public health in any way if they don’t want to suffer a similar fate.”

In this case Poundland Limited pleaded guilty to four offences. In addition to the £100,000 fine the company was also ordered to pay £12,368 towards Wandsworth Council’s costs in bringing the case to court.

Anyone with concerns about food safety issues at a shop or restaurant in Wandsworth can contact the council’s food safety team by emailing foodsafety@wandsworth.gov.uk.