Do You Know This Woman?

Last week, British Transport Police (BTP) issued a media appeal for information on the incident which happened at Clapham Junction station at around 1.20pm on Monday, 30 June.

PC Michael Willoughby said:
“A 16-year-old girl and her 35-year-old mother from Croydon, were waiting for a train on platform five when they were approached by two young women.

“One of the women became abusive, accusing the 16-year-old of looking at her. Concerned for her daughter’s safety, the victim’s mother asked her if she was OK. At this point, the woman threatened the pair.”

The mother and daughter moved down the platform, but were followed and subjected to racial abuse and more threats by the woman.

Station staff intervened, and the woman and her friend boarded a train while the mother and daughter remained on the platform.

Following their original appeal, officers have studied CCTV footage from the station and are now issuing an image.

PC Willoughby said:
“I believe the young woman in this still can help with our investigation into this incident. I would ask anyone who recognises her to get in contact.” 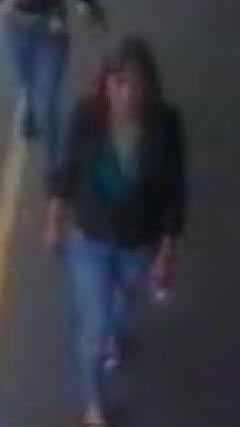