The council will commission a new professional survey of the 145 year old avenue of Horse Chestnut trees on Tooting Common after one fell over last week despite being judged to be in fair condition less than a year ago.

The new survey findings will inform a public consultation, which is expected to begin in March, on what to do about the deteriorating health of Chestnut Avenue.

An inspection of the fallen tree’s upturned root ball has revealed fungal decay which could not have been detected during the 2015 above ground assessment.

The tree’s great age, structural condition and pathogens including bleeding canker infection could all have contributed to its sudden collapse. The new survey will aim to establish whether the other trees in Chestnut Avenue could be suffering from similar conditions and structural weakness. 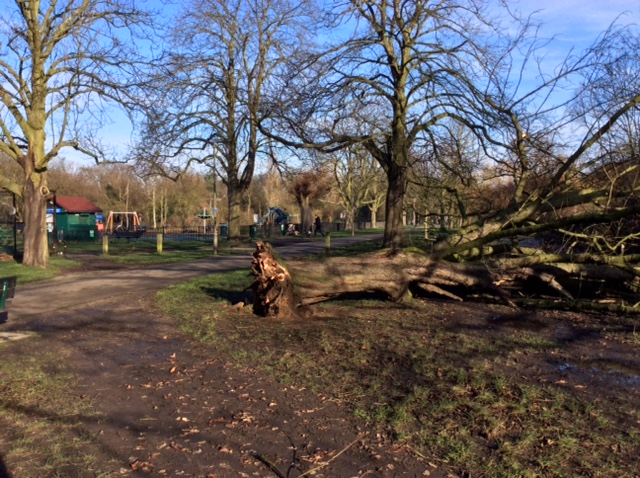 It is already known that around a third of the Horse Chestnuts in the avenue have bleeding canker which can give rise to weakened limbs, particularly in trees of this age which cannot recover their structural strength even if the disease itself dies back.

Several heavy limbs have fallen unexpectedly from these trees despite previous maintenance aimed at taking off weaker branches.