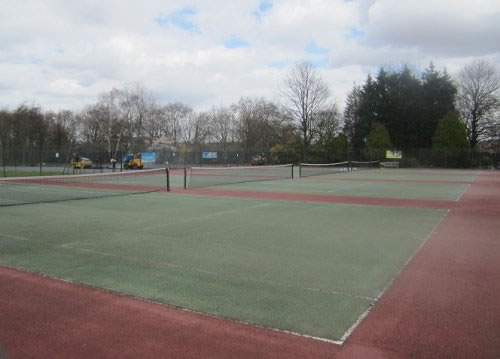 All Star Tennis, which manages 28 courts throughout Wandsworth, has spent over half a million pounds on improving these facilities.

All the courts at these six venues have been resurfaced and upgraded, while those at King George’s Park should soon also be floodlit.

All Star Tennis began working in the borough in 2002 when it began managing the courts on Wandsworth Common. In 2013 it teamed up with another tennis provider, Will to Win, and took on the other five venues in a partnership which has see participation levels rocket by 80 per cent.

The council’s sports and leisure spokesman Cllr Jonathan Cook said, “This is great news for tennis lovers in Wandsworth.

“This is significant investment in better playing facilities which is being provided at no cost whatsoever to council tax payers.

“Raising standards here will help tennis players of all ages to really develop their skills at the sport and hopefully encourage others to start playing the game for the first time.”

Steve Riley founder of Will to Win said, “This is a landmark moment for Wandsworth tennis and the six sites we have developed. We have worked in delivering quality community sports facilities for the past 20 years creating quality affordable and accessible facilities.”

Residents can also play tennis in Battersea Park and at the council’s flagship 52-acre multi-sports complex at Barn Elms, which also offers rugby, football, cricket, Aussie rules, netball, hockey and rounders as well as specialist facilities such as beach volleyball, archery, athletics, field events, a gym and a boathouse for rowing. These facilities are managed by the council’s leisure and culture contractor Enable Leisure and Culture.

To find out more about coaching and playing at the All Star Tennis venues visit www.allstartennis.co.uk. For information about Barn Elms visit www.wandsworth.gov.uk/barnelms.

And for other fitness, leisure and sports facilities in the borough log on to www.wandsworth.gov.uk/sport.