Ambitious plans to restore some of Tooting Common’s most prominent historic features have been given the seal of approval by the Heritage Lottery Fund (HLF).

The council has been awarded just under £1.4m of National Lottery funding as part of a larger £1.9m scheme to revitalise and refurbish some of the common’s best-loved features.

The project is set to restore ancient habitats and boost biodiversity, while also offering new volunteering opportunities for local people.

In addition it could also fund proposals - that will soon be subject to public consultation - for the removal of the road surface at Dr Johnson Avenue so that it can be returned to the common. This forms part of a plan to ban vehicle traffic from this area of the common and restore it as a tree-lined pedestrian and cycling route. 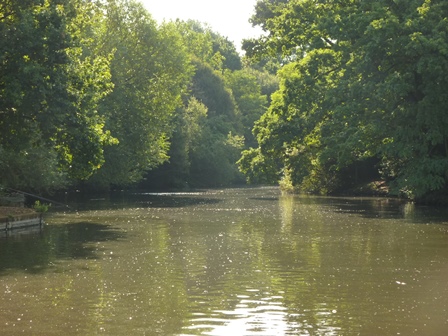 Tooting Common lake will be revitalised

The funding will also pay for dozens of new trees to be planted all over the common, including replacements in Chestnut Avenue, where many of the existing trees have been found to be suffering from bleeding canker disease – an infectious condition that causes trees to decline and eventually die completely.

An employment skills and learning project will be set up led by the council’s parks and grounds maintenance contractor Quadron, working in partnership with Merton College that will focus on giving volunteers accreditation in horticultural and conservation skills.

The project will also see the compilation of ‘The Common Story’ - a project that will work with volunteers to unravel some of Tooting Common’s history and provide research and archive training to those taking part.

The project organisers will link closely with the Tooting Common Management Advisory Committee and the Friends of Tooting Common plus other local groups like the Wandsworth Historical Society, The Woodfield Project and the South London Swimming Club who all have a shared interest in preserving and protecting this important green oasis.

Stuart Hobley, Head of Heritage Lottery Fund London, said: “Green spaces are vital to the people and the future of our city. From inner to outer London, large parks or public gardens providing a place to play and relax, they make a real impact on our quality of life. We are delighted that, thanks to National Lottery players, we have been able to fund this wonderful restoration project to breathe new life into this much loved park.”

Tooting Common covers 220 acres and is the largest open space managed by the council. It has been designated by the GLA as a Site of Importance for Nature Conservation – and is ranked in the top tier of these protected spaces, a site of Metropolitan Importance.

It was used as pasture for grazing by generations of local people but during the Victorian era, large tracts of surrounding green space were developed for housing - prompting legislation in 1851 to prevent the Lord of the Manor of Tooting Graveney from taking any more common land for development – a protection it still enjoys today.

The common also has extensive military links. During the Boer Wars thousands of troops camped there while awaiting transport to southern Africa and it also had an important role during the Second World War when anti-aircraft guns were sited there along with barrage balloons, bomb shelters and 75 prefabricated houses to rehouse Blitz victims. It was also the site of a prisoner of war camp.