Including a new pavement on Garratt Lane

Further work is about to take place which should improve the appearance of Wandsworth town centre and aid access for pedestrians around Southside Shopping Centre.

Wandsworth Council is about to begin laying a new pavement along the western side of Garratt Lane, which runs next to the new Southside development.

The improvements to the footway will run between the access road into the Arndale Estate and Mapleton Crescent - improving access for visitors to the centre.

The work will start this month and is expected to be completed in March - with pedestrian access being maintained at all times. 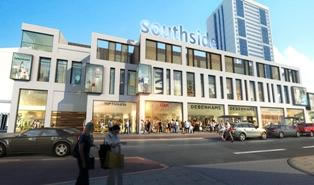 The work coincides with Southside's £40m phase of redevelopment opposite Sainsbury's, which is due to be handed over for fitting out shortly. Two new restaurants - Rossopomodoro and Wagamama - are due to open there in April 2013 and negotiations are going forward with potential new stores.

The next phase of the redevelopment will include the demolition of Arndale House and Arndale Walk commencing late 2013. It will comprise 100,000 sq ft of new retail space and Debenhams will occupy the majority of this with a new department store over three floors.