'Residents' Recycling Is Not Thrown Away!' 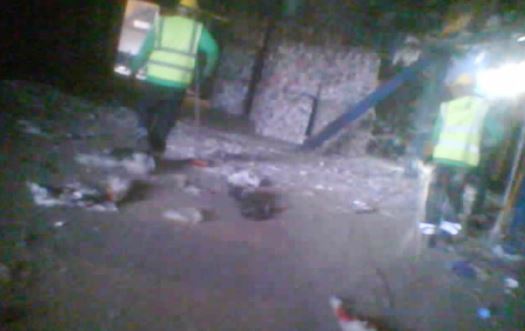 The Western Riverside Waste Authority, or WRWA, and Cory Riverside Energy, which runs the Smugglers Way recycling plant in Wandsworth have defended themselves against damning claims published last week in the Telegraph and Greenpeace UnEarthed.

The report claimed that workers being paid less than the London living wage and without any standard hours of work written into their contracts were required to pick up to 48 items every minute off the speeding conveyor belt, surrounded by rats and cockroaches.

The result was that material such as plastic bottles and newspapers which could have been recycled was instead being sent for incineration at the facility, which is used by four local councils including Wandsworth.

Following the report, three of the councils said they were investigating the findings, a Wandsworth council spokesman said: “We will be discussing the issues raised by the newspaper with the three other councils that use the services provided by the statutory waste authority and seeking detailed answers to these questions from the waste authority itself. Our prime focus is on ensuring waste is handled correctly and all recycled materials are processed properly.”

Cory Riverside Energy responded by calling the accusations 'inaccurate and unfounded' and adding: " It’s disappointing that an undercover reporter was sent 'behind the scenes' in a facility that already opens its doors to many thousands of visitors every year from the community, schools and the media.

"The MRF, in Wandsworth, London, is one of the highest-quality, best-run and most modern recycling facilities in the country, and residents should feel reassured that their efforts are not in vain. This is because when the recyclables are clean and sorted properly, we successfully send more than 99% of this for recycling.

"We recover energy from the materials which we cannot recycle – this accounts for c.13% of the total materials we receive at the MRF. Absolutely nothing goes outside Europe, and all this data is reported to the Environment Agency."

The company however admitted: "Unfortunately, recycling is a dirty job, but it shouldn’t be. No system is perfect and despite all of our efforts, there’s still a lot of education and work required to reduce the contamination that enters the recycling system before it arrives at the MRF. Pests are an unavoidable part of working in a waste facility and we have rigorous hygiene standards and pest control procedures in place.

"The solution does not lie with recycling and waste management companies alone, but it requires a joined-up effort involving companies like Cory together with local authorities, national policy-makers, householders and the companies that manufacture the products which ultimately end up in our recycling and waste streams."

You can read Cory's response in full here.

What actually happens after you chuck something in the recycling bin?

We went undercover to find out. Read our investigation here:https://t.co/P5ct4Wp05G pic.twitter.com/tNM44xBdPI

She continues: " This Authority is concerned that these articles will cause residents to lose confidence in the system, which could have a negative impact on household recycling rates in the boroughs.

"The Authority and the boroughs spend considerable resources encouraging residents to recycle as much and as accurately as possible and residents can be confident that their efforts to separate out clean, dry and targeted recyclables are not wasted. This is because around 99% of the material we receive that can be recycled is sent to recycling processors to be made into new products. Please do not stop recycling!

"Unfortunately, a small number of residents do not use the recycling system correctly and place general rubbish in with the mixed recycling, such as soiled nappies, food waste, garden waste and many other items. We communicate regularly that we can currently only recycle the following: paper, cardboard, plastic bottles, glass bottles and jars, cans and pots, tubs and trays.

"This rubbish, mixed with the recycling, can amount to around 13% of the total tonnage delivered. We separate it out and send it for energy recovery. ALL but around 1% of everything else is sorted and separated into different material types and sent to reprocessors in the UK or Europe; that’s nearly 60,000 tonnes of recyclate each year.

"This Authority is completely open and transparent about the workings of the Materials Recycling Facility which is operated by its contractor, Cory Riverside Energy, and it is visited by more than 4,000 children and around 1,000 adults each year (including community groups and councillors).

"We invite any resident or local group to come along and see for themselves how we sort their recycling. Check our website here to book yourself a tour."