Unlawfully Demolished Pub Is Restored To Its Original Splendour 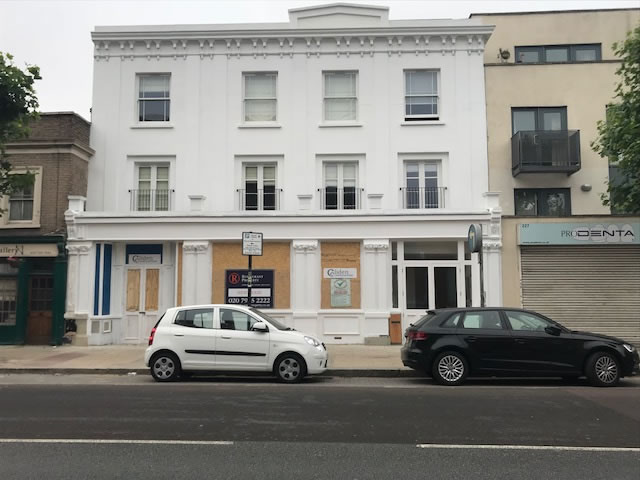 An historic public house in St John's Hill that was unlawfully demolished has risen from the rubble and been restored to its original Victorian-era splendour after legal action forced the developer to rebuild it.

The Alchemist pub was knocked down without planning permission in the summer of 2015, prompting the Council to issue the developer with an enforcement notice requiring him to rebuild it brick-by-brick.

This process has now been completed and the building restored to all its former glory.

Borough Planning Chairman Cllr Will Sweet said, “The loss of this interesting and important historical local landmark was a real blow to the area that we felt could only be put right by its complete reconstruction, using the same materials and to the same architectural design.

“The building is an integral part of the St John’s Hill Grove conservation area which why we were determined to take action to ensure it would be restored for future generations.”

The Alchemist was formerly known as the Fishmonger’s Arms and dates back to the late nineteenth century.

The building’s important contribution to the area was highlighted in a conservation area assessment which noted that its single storey entrance provides “a break in the otherwise long continuous facade. The Alchemist is a three storey rendered building, larger than the others in this part of the conservation area and in use as a public house. It is a symmetrical building divided into three bays with rendered pilasters framing each bay and a deep bracketed cornice at eaves level which adds a richness of architectural detail. Windows to second floor are timber sashes whereas at first floor French windows open out to a tiny roof terrace above the slightly projecting ground floor frontage”.

In Council documents prepared for the legal action against the developer the building was described as “a cherished heritage asset making an important contribution to the townscape of the conservation area”.